With many of us spending so much more time in the home, one of the things we may be doing more of is cooking!  Whether you view cooking as a fun hobby or as a necessary evil, you’ve probably got a kitchen that’s stocked with the basics—pots and pans of various sizes, bakeware, and a few small appliances. But there are many kitchen gadgets that may change the way you prep and cook. These products are incredibly useful—but they’re just not on everyone’s radar. Here are eight of our favorite kitchen inventions that might just change your life—or at least change your meal prep routine. 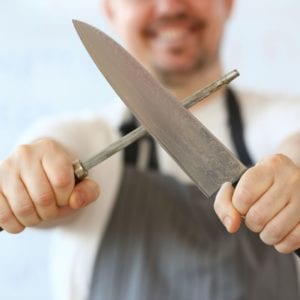 Most serious cooks will tell you that one of the most important tools of any home chef is a sharp knife. The problem: High-quality knives are expensive. Rather than swapping out all of your dull blades for pricey new replacements, opt for a knife sharpener! They have slots that file and shine knives. First, pull the knife through the sharpening slot about ten times to shape the angle of the blade. Then polish it off by sending it through the (usually) ceramic honing slot, which works wonders on straight and serrated knives. 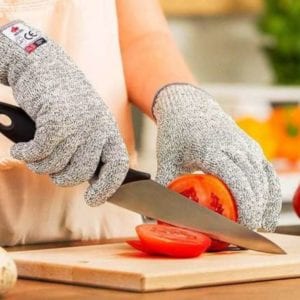 Once you start sharpening your knives, you’ll want to make sure you have a good pair of cut resistant gloves. Made from a combination of ultra high molecular weight polyethylene, glass fibre, and Spandex, these gloves are resistant to cuts from sharp blades. While durable enough to protect your hands, they’re thin, flexible, and lightweight so they don’t get in the way while you’re chopping and slicing. 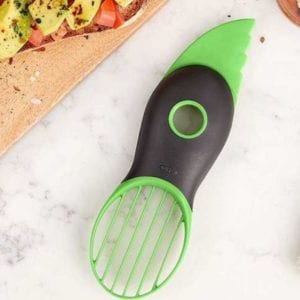 Avocado toast anyone?  If you love eating avocados, embrace it—but be careful while slicing them. As the popularity of avocados has risen, so has the epidemic of avocado hand in ERs—that is, serious hand injuries incurred while cutting the green fruit. Avoid becoming another victim by employing the help of an avocado slicer. The serrated blade is sharp enough to cut through the peel, but won’t cut through your skin. Pop out the pit with a slight twist of the wrist and then use the fan blade to cut seven even pieces. 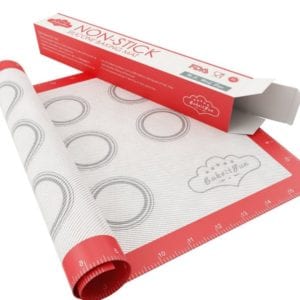 You don’t have to worry about rummaging through the pantry for cooking spray or parchment paper when a late night cookie craving hits, if you own silicone baking mats! The durable and flexible nonstick material keeps dough and batter from sticking, and it’s easy to clean. 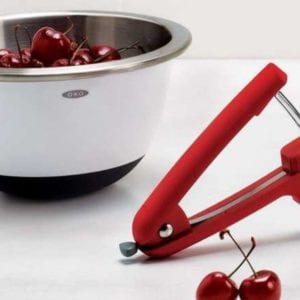 Cherry pies, tarts, or cakes are divine when it’s the high season for stone fruits, but if you’re planning to bake sweet or tart cherries into your sweets, you’ll need to pit them first. This small gadget makes it quick and easy to remove the pits. It’s easy to grip and can accommodate even the larger variations of cherries! 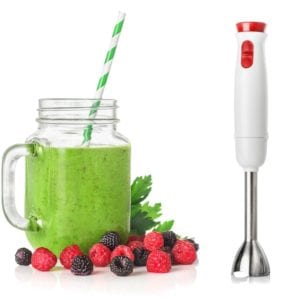 If you’re like most home cooks, you want to streamline your cooking routine: Using fewer utensils and appliances means more space for cooking and faster cleanup. That’s what makes an immersion blender such a helper in the kitchen. More convenient than a food processor or traditional blender, this magic wand can be placed directly into a pot of soup to blend it, a bowl of cooked potatoes to mash them, or a cup of fruit to whip it into a smoothie. Pretty slick! 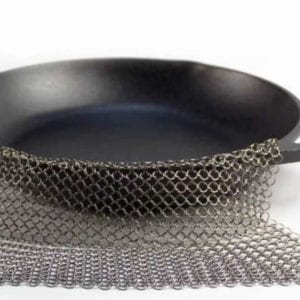 Cast iron skillets are a favorite kitchen item for many cooks, but when it comes to cleanup, some people miss the mark by using harsh detergents that damage their pans. While you can employ various hacks for cleaning a cast iron pan, you could also just use the Ringer, a patented chainmail scrubber with a cult following on Amazon. Using just hot water and the soft chainmail, you can scrub away cooking grime while preserving your pan’s seasoning. 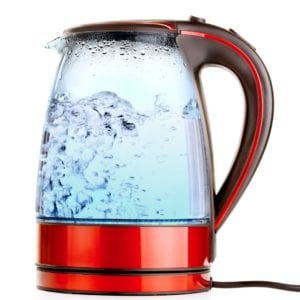 A watched pot never boils and the same could be said for a stovetop kettle. The best way to get your cup of tea as soon as possible? An electric kettle. While the electric kettle is a staple in households around the world, North American homes have been slow to include them—and we may be seriously missing out. Electric kettles rapidly boil water – even quicker than the microwave! It’s convenient and most have safety features for those who might be forgetful about leaving the kettle on unattended.