Killing Them Softly: 5 (Safer) Ways to Win the War on Weeds – by Oliver Harriett

Killing Them Softly: 5 (Safer) Ways to Win the War on Weeds – by Oliver Harriett 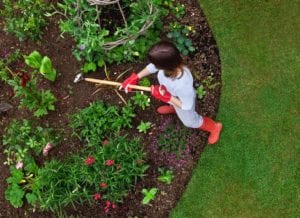 A lush lawn. A blemish-free front walk. Healthy garden plants that don’t need to fight for their lives. These are things homeowners dream of.

But on the way toward turning those dreams into reality, most encounter a maddening obstacle—weeds.

The quick fix? Herbicide, also known as weed killer or weed preventer. Let’s face it: weed killer makes it possible to do in a day what it would take weeks to achieve with manual weed-pulling. Trouble is, conventional weed killer formula often includes a controversial chemical—glyosphate.

Now, you may be wondering, “Is there a gentler way to win the war on weeds?” Fortunately, alternatives do exist. Read on for five top to-do’s, techniques, and tips. 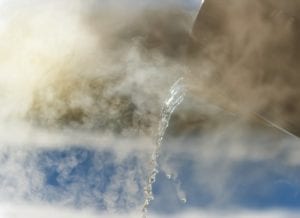 Put the kettle on to put the kibosh on weeds. That’s right, pouring boiling water directly onto an unwelcome garden guest instantaneously defeats it—and you never have to get your hands dirty in the process.

The downside? Boiling water does not kill the root of a weed. Meaning, this isn’t a one-and-done treatment; permanent success requires as-necessary reapplication.

So, this method is best suited for compact, weed-prone zones near the house (the back steps, for instance). If you need a more permanent solution that’s practical for use over a larger area, look elsewhere. 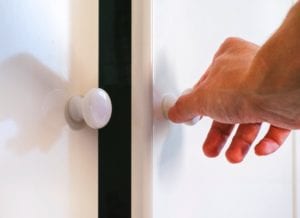 Believe it or not, you can concoct a cheap, potent, weed-beating formula with nothing more than a few household staples. Want to give it a shot?  Grab a large, empty spray bottle and fill it with the following:

• one gallon of vinegar

• one cup of salt

• one tablespoon of dish soap

Shake to combine and be careful not to get the solution in your eyes. Then—on a day when it’s not rainy—douse the weeds you wish to see gone. While the acid of the vinegar burns the weed, the salt withers it, and the soap helps the formula penetrate the plant. Results aren’t instantaneous; typically, the formula takes a few hours to set in. But compared to the boiling-water method, this one’s much easier to administer.

Again, though, the catch is that the roots of the weed may survive, leaving you with the chore of re-administering weekly or bi-monthly during the growing season. 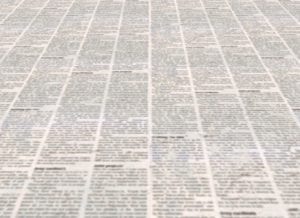 You’ve likely heard the saying, “an ounce of prevention is worth a pound of cure”. Well, that advice applies to weed control as well. If you want to nip your invasive-plant problem in the bud before it even starts, simply lay down sheets of newspaper to deprive would-be weeds of the light and air needed for growth. Cover the paper with mulch and you’ll forget the paper’s even there!

Only note that because it’s biodegradable, newspaper must be reapplied yearly (if not seasonally), and because it suppresses all growth—not just weed growth—it works best for sparsely planted areas like the foundation perimeter. 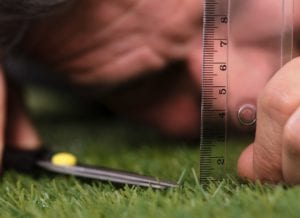 Dense, healthy lawn grass deters weeds all on its own—so long as you don’t cut it too short. This is a “secret” long held by pro groundskeepers everywhere: Turf that’s too short practically invites Creeping Charlie, white clover, and the rest of their ilk to take over. Longer grass, on the other hand, prevents weeds as it prevents sunlight from reaching ungerminated weed seeds in the soil.

No, this isn’t a license to lay off the yard work and let the grass grow up to your knees! Stick to your regular mowing schedule but now, adjust your mower’s cutting blade to, say, three inches instead of two-and-a-half. 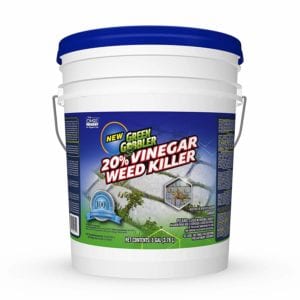 Don’t overlook herbicides altogether. Particularly if your weed woes are recurring and widespread, your best bet may be an option like Green Gobbler 20% Vinegar Weed Killer.  It is a quick-acting, horticultural vinegar biopesticide for non-selective control of herbaceous broadleaf weeds and weed grasses. This weed killer contains an organic acid that acts fast and degrades promptly in the soil.  Foliar contact results in rapid desiccation and control of annual weeds and grasses, as well as top growth reduction of herbaceous perennial weeds and grasses.

Most importantly, using an alternative, “soft touch” herbicide gives you peace of mind knowing you’ve done right by your own backyard.